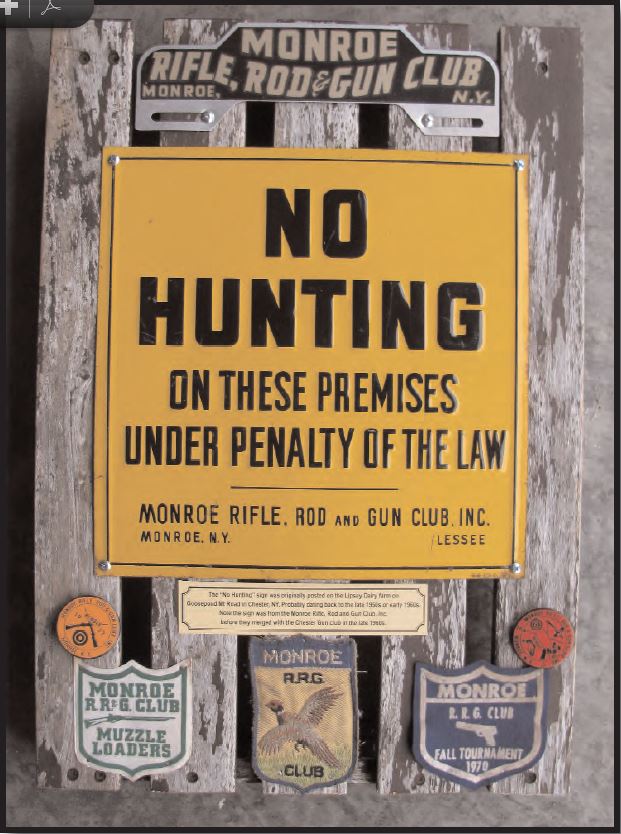 The Monroe Rifle, Rod & Gun Club was started in Monroe in 1931 with John Burger owner of Burgers Inn as President. Burgers Inn is now the site of the TD Bank property at the corner of Still Road and Route 17M. The members rented the site of Bilt Well Fence Company on Route 17M as a clubhouse and- range until it was sold by the Burgers late in 1964. MRR&G was incorporated in 1941.

The Club also owned property in what is now Goose Pond State Park in the Town of Chester until it was purchased for park use in the late 1950’s.

The Club searched for property and in 1965 purchased the Steven’s Farm on Gibson Hill Road in the Town of Chester. A large barn was dismantled on the area now occupied by the clubhouse, which was erected in 1965-6. The footings were poured in October 1965. The indoor pistol range was completed and matches were shot in 1966. Many roast beef dinners were served to raise money for the club using the range space and the meeting room.

The road was laid out to the future ranges with Jim Phelps and John Kerwan doing most of the surveying. The road, all half mile of it, was graded with a dozer and then hand rakes by the members with Morty Eckhaus overseeing most of the raking. Ranges were laid out with the rifle range on the right next to the Solomon property, which the club tried to buy for many years but to no avail. Trap and skeet ranges were in the back of the property.

Pheasant preserves were leased first on the DeStefino farm on Greycourt Road in Chester. These properties were eventually sold for development. The Black Meadow property was the site of a State Police flyover with a helicopter which spotted a large pot garden that had been planted in the middle of the Black Meadow property. Additional adjoining properties were purchased in 1971 & 1978.

The Chester Gun Club lost their property, which they leased and merged with the Monroe Rifle, Rod & Gun Club and formed what is now the Monroe Chester Sportsmen’s Club in 1971.

The “No Hunting” sign was originally posted on the Lipsey Dairy
farm on Goosepond Mt Road in Chester NY. Probably dating back to the
late 1950s or early 1960s. Note the sign was from the Monroe Rifle,
Rod and Gun Club, Inc. before they merged with the Chester Gun club
in the late 1960s.